Relocation of the Liquid Bulk Pier was a turnkey project that consisted of the removal of 300’ of existing Kinder Morgan concrete pier, loading platform, three breasting dolphins, a fire waterline, existing controls and power wiring. New work for the Liquid Bulk Pier included the construction, connecting and routing of an 800’ new 2-tiered concrete and steel bridge over steel pilings in the Cape Fear River to the Port Authority Berth-1. The construction continued with a 300’ long elevated pipe bridge along the berth to a new loading platform to accommodate loading and off-loading of Panamax class freighters bulk liquids. Placed, fitted and welded 14,000’+ of stainless-steel piping and steam line for the reconnection of the Kinder Morgan tank yard facility. Installed a new electrical service for the Berth-1 Control Building, systems control center and bridge lighting to include a cable tray assembly for bridge and platform heat trace wiring. Project also included 14,000’+ of Heat Trace MI cable for low and high temp bulk fluid lines. The project incorporated a new fresh water plumbing system for the tower and the dredging of approximately 250,000 cubic yards of the Port’s turning basin to accommodate ship departures.

Burgess Corporation Electrical Group was awarded the Capital Ford, Wilmington, NC Upfit to remodel and update the Ford Store. This project required coordination of the installation to comply with specific guidelines by the customer to comply with the manufacturer’s specifications. Work included upgrading the service equipment and building wiring systems, adding new electrical equipment to accommodate new air handling systems for the show room and service bay area. 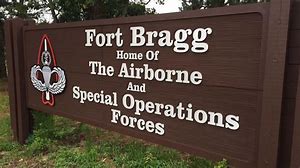 This project consisted of repair/replacement of approximately 1760 feet of railroad between two stations to include the repair of bridges. The section of rail crosses two areas of tidal wetlands that are traversed by two existing timber trestles. The project required repair by replacement of the two existing trestles and alignment and replacement or reinstallation of approximately 1760 feet of existing rails. Existing abutments required modification to coordinate with trestle work. Bridge 4 is 10' wide and 500' long and is approximately 8-9 feet above the existing grade, with a 0% slope. Bridge 5 is 10' wide and 420' long and ranges from 8 to 18 feet above the existing grade, with a slope of 1.38%, as depicted in the profiles of the design drawings. Existing trestles were removed and new trestles constructed within the same footprint. Newly constructed trestles have a cooper rating of E-60 and an unfactored design load of 260 kips. Access to the wetlands was be restricted. All work was performed from one lane and shoulder of the road parallel to the line (Harrison Road), or from the top of the existing or new pile bents.

The Prime contract for the installation of the Nano Plant Pump VFDs for the City of Jacksonville, NC included the installation of new variable frequency drives (VFDs) and associated electrical equipment for the existing pumps located within the City’s Water Treatment Plant. The project incorporated four new custom built VFD units installed on a mezzanine in the plant and required custom rigging for the placement and installation above the water purification systems. SCADA controls were interfaced with the system for onsite and remote control and monitoring of the system. The existing MCC’s were reconfigured for the power and control of the system.

The Westbrook 2MGD water tower project, located in Wilmington, NC comprised of a turnkey installation of an aeration system for the removal of Trihalomethane (THM) byproduct from the water stored and delivered by the tank system. Work included the installation of the power wiring system to run the internal tank components and provide an interface with the controls of the system for on site or remote control and monitoring of the system. Controls for the system were linked by the existing communications network to the County Central monitoring and control headend equipment.

The Red Hill complex consists of twenty 300,000-bbl underground storage tanks (255 million gallons), three pipelines, and a pumping facility, all built between 1940 and 1943.  The pipelines are located inside an underground tunnel approximately 2.7 miles long and 15 feet wide.  Although the pipeline is “aboveground”, it rests directly upon approximately 300 supports and is encased in over 20 bulk-heads, each four feet wide.  In addition to fuel service, the project also pumps 30 million gallons, per day, of drinking water to Honolulu and surrounding areas.

Burgess Federal Group’s work required the shutdown and drain-up of a 32-inch pipeline, on three separate occasions.  Having the pipeline out of service could impact the readiness of the entire Pacific Fleet.  Scheduling and executing shutdowns at specific intervals were crucial.

VFI provided all the necessary engineering and design, including, completing a pipeline survey to define internal and external corrosion affected sections.

Burgess Federal Group provided all the construction services for the project.  The services included removing and replacing major sections of the piping, pipe stands, and thrust blocks, as well as providing a new 28 degree bend to replace the existing mitered section installed during the initial construction.

This project had particular significance, as it was the first major section replacement project of the Red Hill pipeline since its construction in the 1940s.

The Burgess Federal Team successfully completed the work, and exceeded all scheduling requirements of the Navy.  Burgess Federal Team devised a plan to remediate certain, uncertified, sections of the tunnel rail, and installed a tunnel train to transport construction crews and materials through the tunnel, resulting in completion of the required work 181 days ahead of schedule.

Burgess Corporation began work on the first phase of this $570,000,000 project in 2003, as the principal site and fuel system contractor working for The Lane Construction Corporation.  The initial project was to demolish and expand Taxiway D in preparation for constructing a new Terminal C.  For Burgess Corporation, this began a nearly 10 year process of replacing the entire hydrant fueling system, and subsequent structures.

Following the Taxiway D extension, the RDU airport authority awarded the first phase of the building portion of the new Terminal C redevelopment project.  This project addressed major infrastructure expansions and upgrades, and provided the initial foundations for the new terminal building.

Burgess Corporation was selected by the early foundations contractor, Archer Western, a subsidiary of the Walsh Group, to perform the demolition and installation of the new hydrant fueling system and various structures adjacent to the new foundations for the expansion project.  Additional work included concrete utility construction and water line extensions.

This project was the largest award in the airports history.  Awarded in February of 2006, the demolition of Terminal C, and construction of the new Terminal 2 marked the beginning of a significant era for the airport and the region.  Substantial effort and planning was required because the entire facility was to be demolished and reconstructed, expanding the footprint to 920,000 square feet, with over 30 boarding gates.

Burgess Corporation was awarded all the hydrant fueling work, including removal and replacement of the existing system, new hydrant fueling pits, new isolation valve vaults, and structural casings and associated concrete and utility work.  During the course of construction, the airport authority choose to accelerate the schedule, and Archer Western, as well as the Burgess Team, where able to perform and complete construction ahead of the original completion date.

Following successful efforts by Archer Western, and its subcontractors, including the Burgess Team; the RDU airport authority negotiated a $140 million addition to the project, completing demolition and replacement of the south concourse.

The expanded scope required that the remaining elements of the hydrant fueling loop, installed in 1987, be demolished and replaced to accommodate the terminal addition.

As a result of the award for the hydrant fueling and structures project for the South Concourse section, Burgess Corporation achieved the unique distinction as the only company to perform major contract work on every bid package awarded for the construction of the new terminal.

During the course of construction for the replacement of the new Terminal C (now renamed Terminal 2), Burgess Corporation demolished, replaced and expanded a complete hydrant fueling system, including: 10 concrete isolation valve vaults, 60 hot fueling pits, and in excess of 10,000 feet of pipe.  During the construction period, the Burgess Team kept the pipeline operational, with no more than 8 hours of downtime.  During defueling, refueling, and flushing operations, Burgess Corporation removed, recovered, and transported in excess of 250,000 gallons of fuel without incident.

Burgess Federal Group was contracted to abandon an existing hydrant fuel pipeline, and install a new stainless steel hydrant loop, along with an associated cathodic protection system adjacent to the existing pipeline.  The pipeline was operating under a 12” thick active fuel apron, and was routed through a newly designated State of California environmental restoration area.  Following construction, the existing pipeline was remediated and abandoned in place.

The scope of the work was to replace a double containment underground hydrant fuel piping system that was constructed in 1999, consisting of a stainless steel fuel carrier pipe inside a fiberglass containment pipe.  This system was used to supply fuel for MCAS Pendleton aviation operations.  The fiberglass containment was found to have many leaks; additionally, a carrier pipe leak was discovered along the 12” main return line.

Executing the work required removal and replacement of the runway pavement, while active flight operations were underway.  Additionally, the contract required maintaining fueling capabilities throughout the duration of construction.  A unique provision of the contract was a requirement to work with an environmental team to maintain the necessary controls, while mitigating the contaminated soil and pavements, in order to preserve the sensitive ecosystem recently restored by the State of California and MCAS Pendleton.

Burgess Federal Group completed the work without incident, and without any service interruption to the MCAS Pendleton operations; 112 days ahead of schedule.

Burgess Federal Group was contracted to construct a new fueling facility at the US Coast Guard station Borinquen, in Aguadilla Puerto Rico.

The Coast Guard required a fuel receipt, storage, and distribution system to allow for mission critical “hot fueling” of aircraft used by multiple US agencies.  Due to the corrosive environment, and the necessity to install the piping and appurtenances above ground, a stainless steel fueling system was specified.

Burgess Federal Group mobilized all necessary personnel, materials, and equipment required to perform the work in Aguadilla, Puerto Rico.  Other than third party radiographic inspection of the welds, there were no subcontractors on the job.  All the work performed was done by Burgess Federal Group employees.

Burgess Federal Group was selected as the prime contractor for a facility upgrade project for the US Coast Guard Station, Station Destin.

The US Coast Guard, Station Destin, was suffering from aging and depleted infrastructure.  The Coast Guard required replacement of existing pavements, demolition, and expansion of the existing boat ramps, and construction of a new support services building.

As the selected hydrant fueling piping, and concrete structures contractor, Burgess Federal Group worked within the parameters outlined by Kokosing so that the work could be performed within the accelerated schedule proposed.  As a result, the project was delivered well ahead of schedule, with no impacts or delays to Kokosing or Air Force operations.

Burgess Corporation was built on the foundation of solid environmental stewardship, recognizing our responsibility to actively contribute to positive efforts that preserve and maintain our environment.  Our goal is to ...

Our predecessor company was formed by Albert “Buddy” Layton Lee, June, 29th 1974, when Mr. Lee was initially licensed as a mechanical contractor by the State of North Carolina.  That license number 6595, remains the mechanical license for ...

We believe that safety is the essential ingredient to planning and executing a successful project. Burgess Corporation is known for its safety record, which is built on a strong safety culture including procedures...

It is our mission to abide by a standard of excellence that represents our commitment to quality and timely delivery of projects, while maintaining our duty to operate under the covenant of good faith and fair dealing.